Mewtwo is Watching You!

Mewtwo is Watching You! is the final entry from the Japanese Pokémon Tales series of children's books. This particular book was written by Akihito Toda and Aya Kusube, and Aya Kusube also did the illustrations. The book was published in Japan in February 2000, and it also was part of the subset of Pokémon Tales to later get an English release, in March 2001. Later English reprintings apparently shortened the title to Mewtwo's Watching You! although I am not sure why.

I love how creepy this book is, more or less intentionally. Even just the title is creepy. In the story, the Pokémon are all happily playing, but they can't help but notice Mewtwo standing conspicuously on the top of the cliff, silently watching them, until they are just too creeped out to continue playing. Mewtwo is supposed to be unsettling here, but it really is really unsettling, especially when Mewtwo arrives with a stone or a rope. What exactly are Mewtwo's intentions? Of course, it turns out Mewtwo just wanted to play the games with everybody, but isn't very good at communicating about that.

There are plenty of kids who have the same trouble as Mewtwo, so this story provides a good lesson to be open and welcoming to others. Maybe the kids who read this story also know a quiet kid. They can think of Mewtwo, who was quiet, but a great playmate, and therefore think to invite the quiet kid to play with them too.

Thanks to Robo-Shark for scanning and sharing this book! 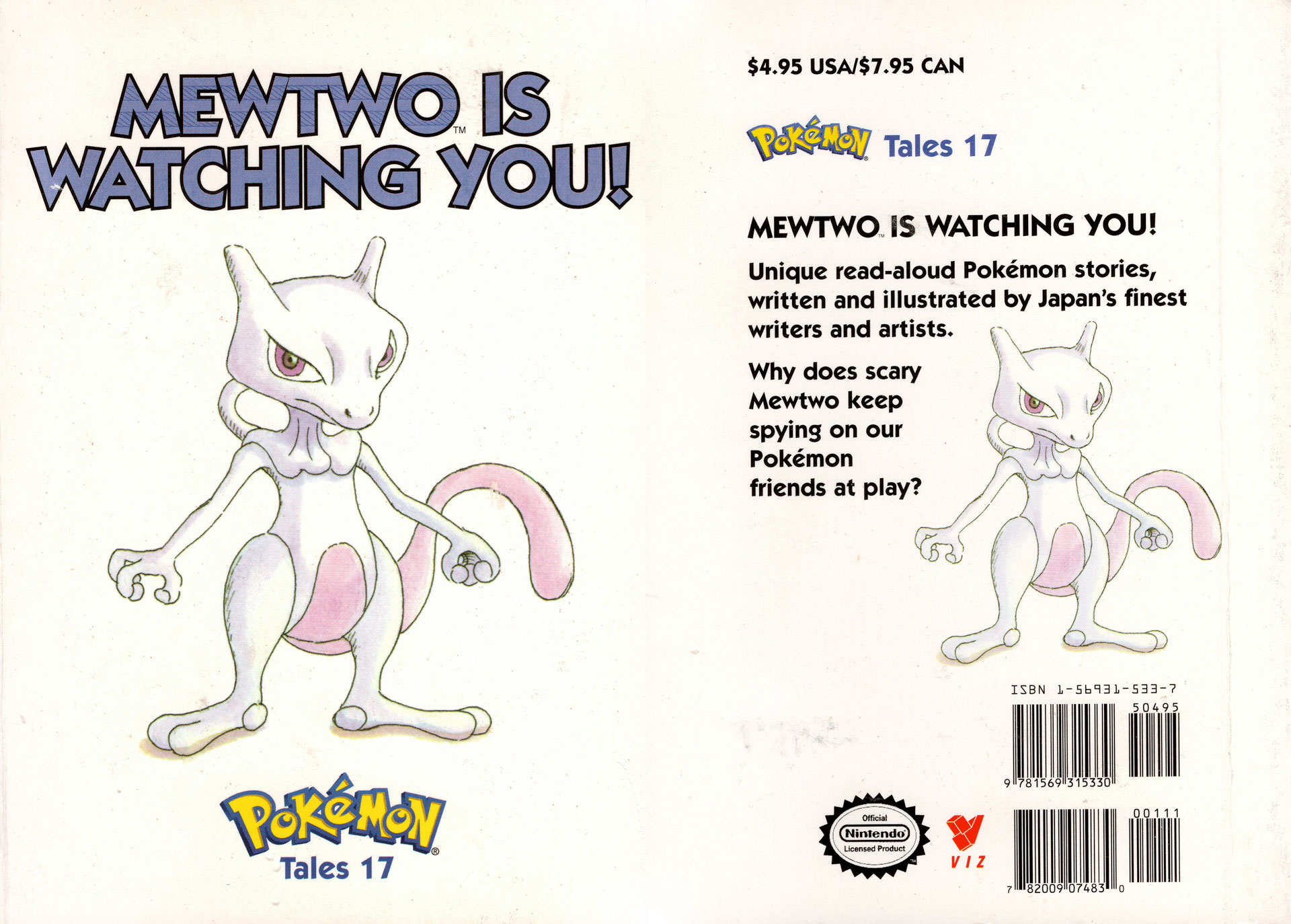 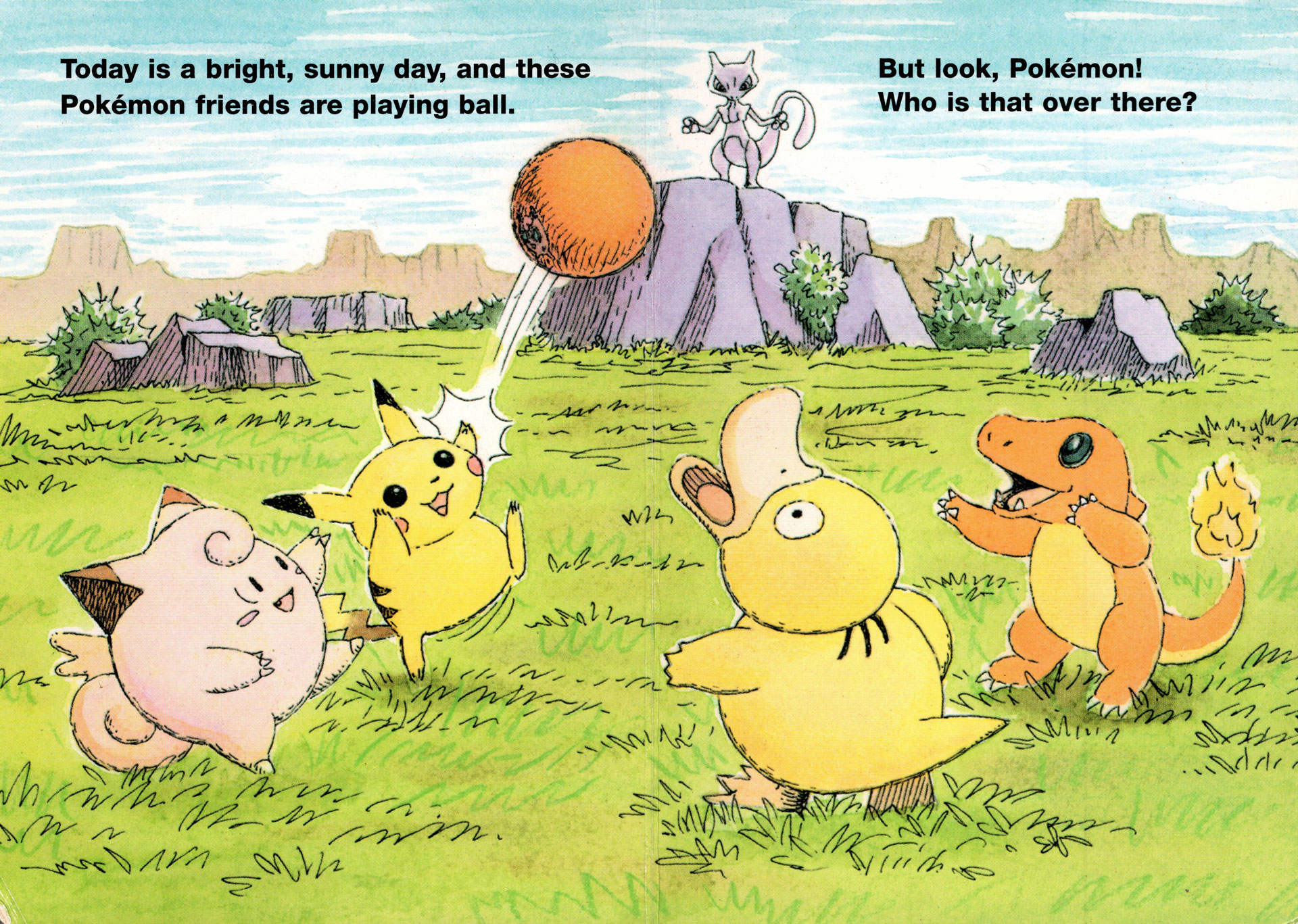 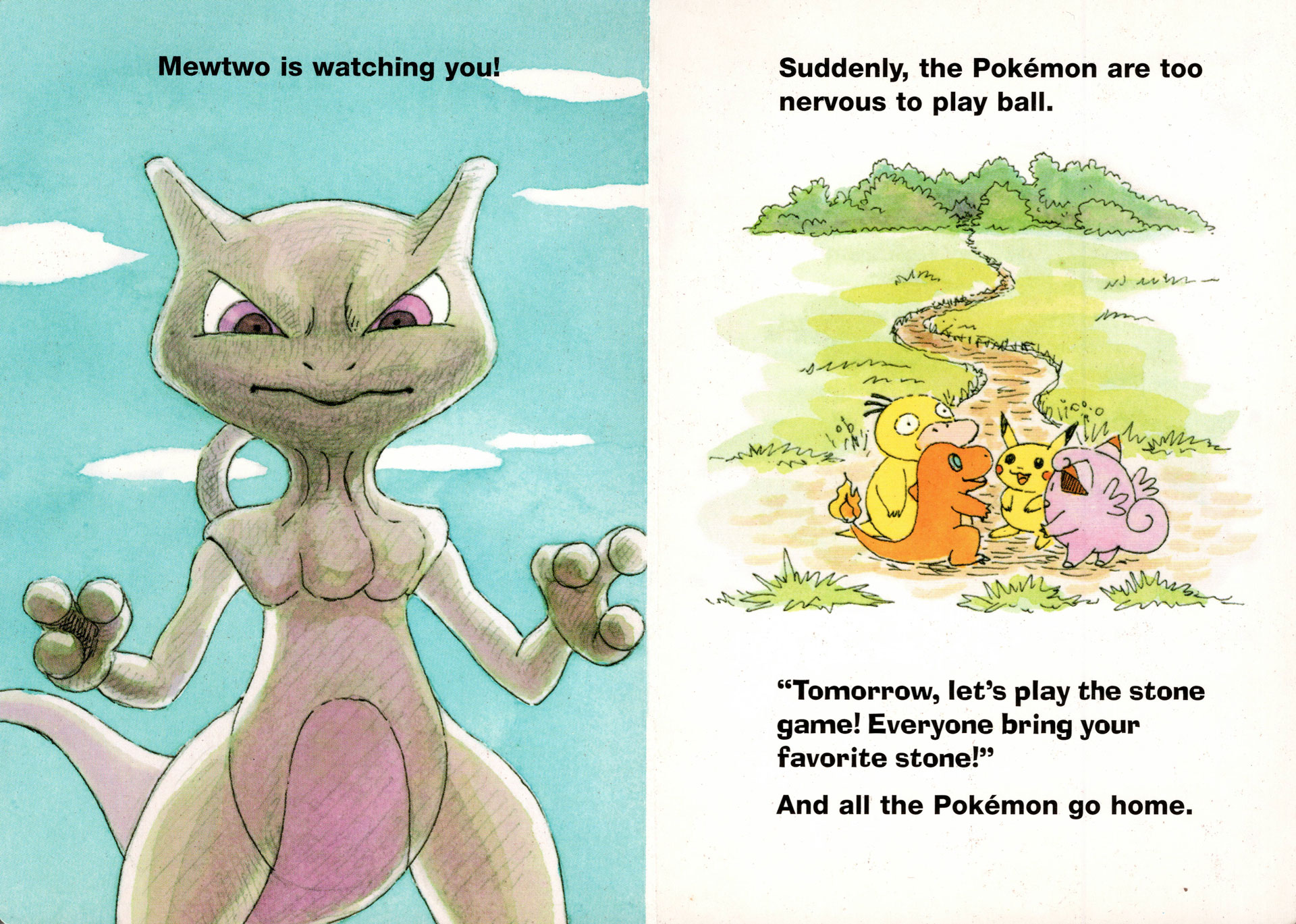 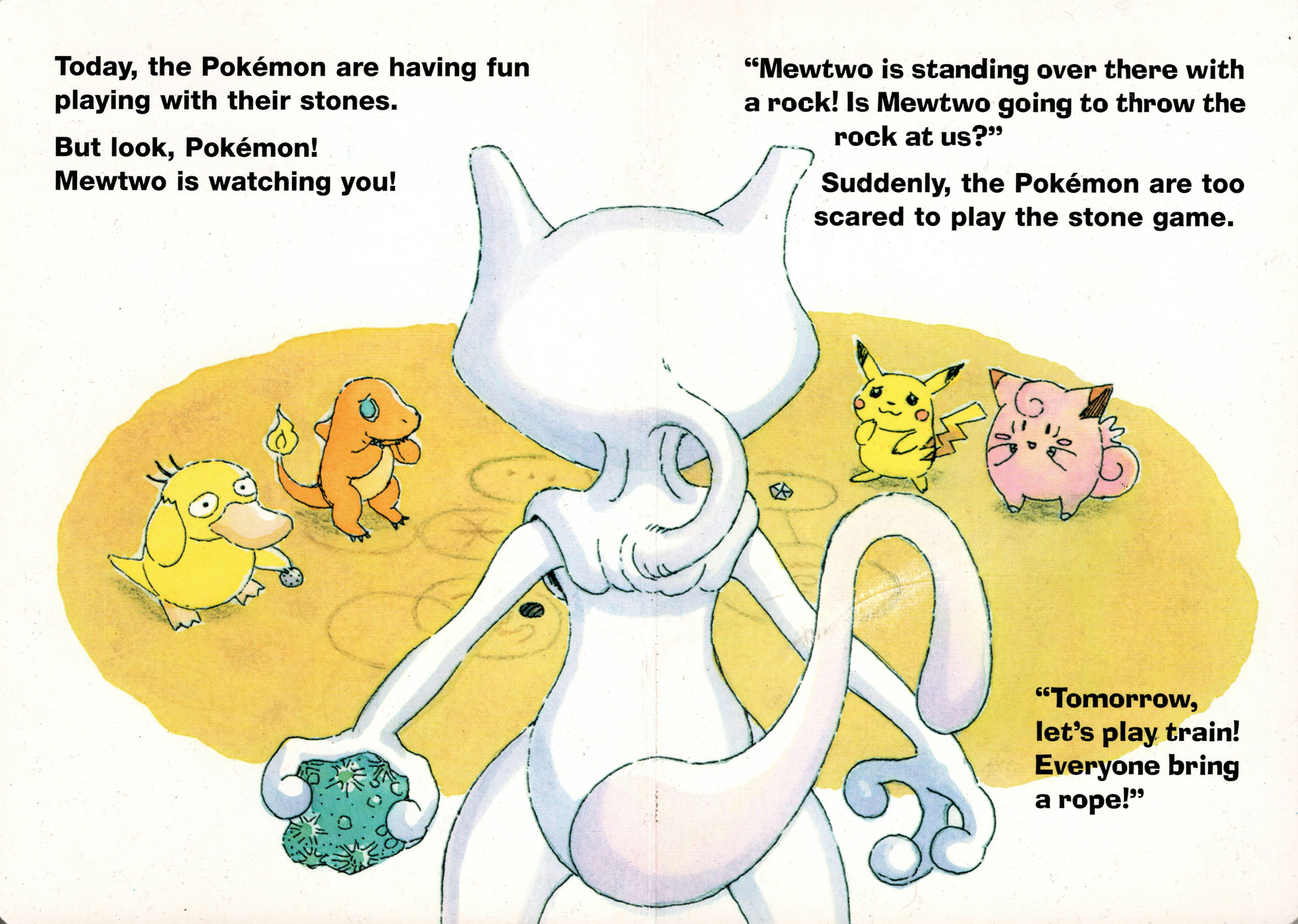 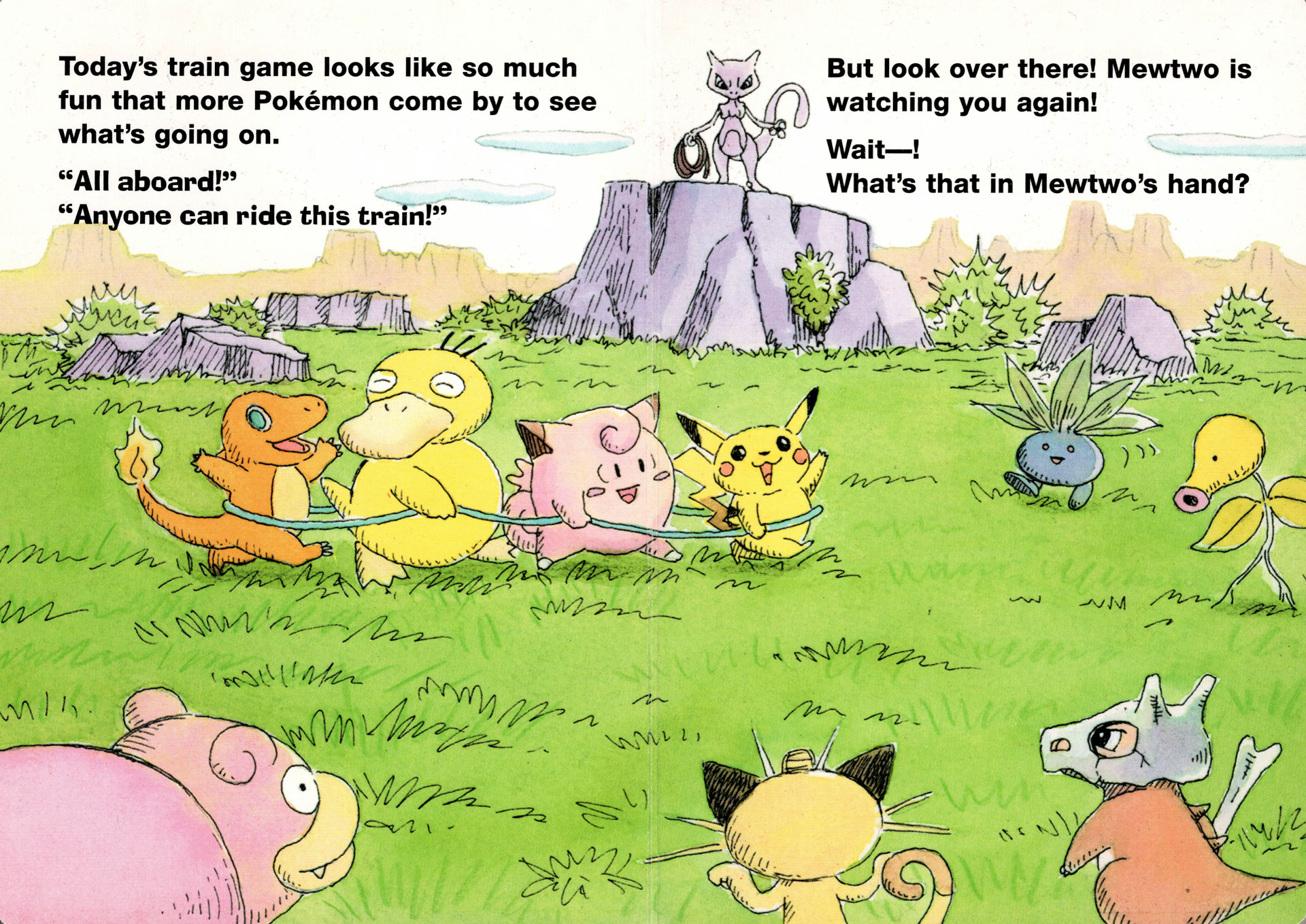 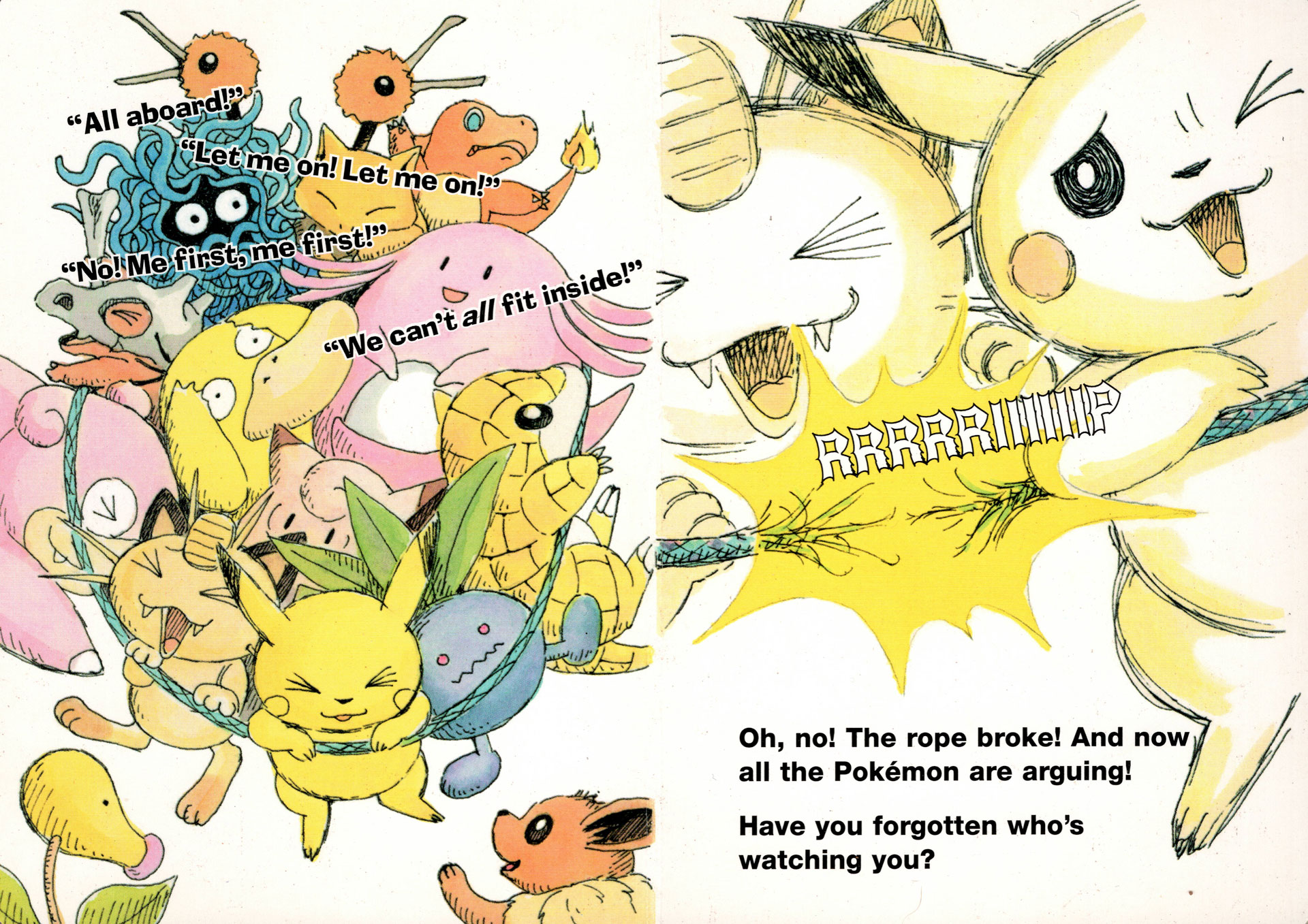 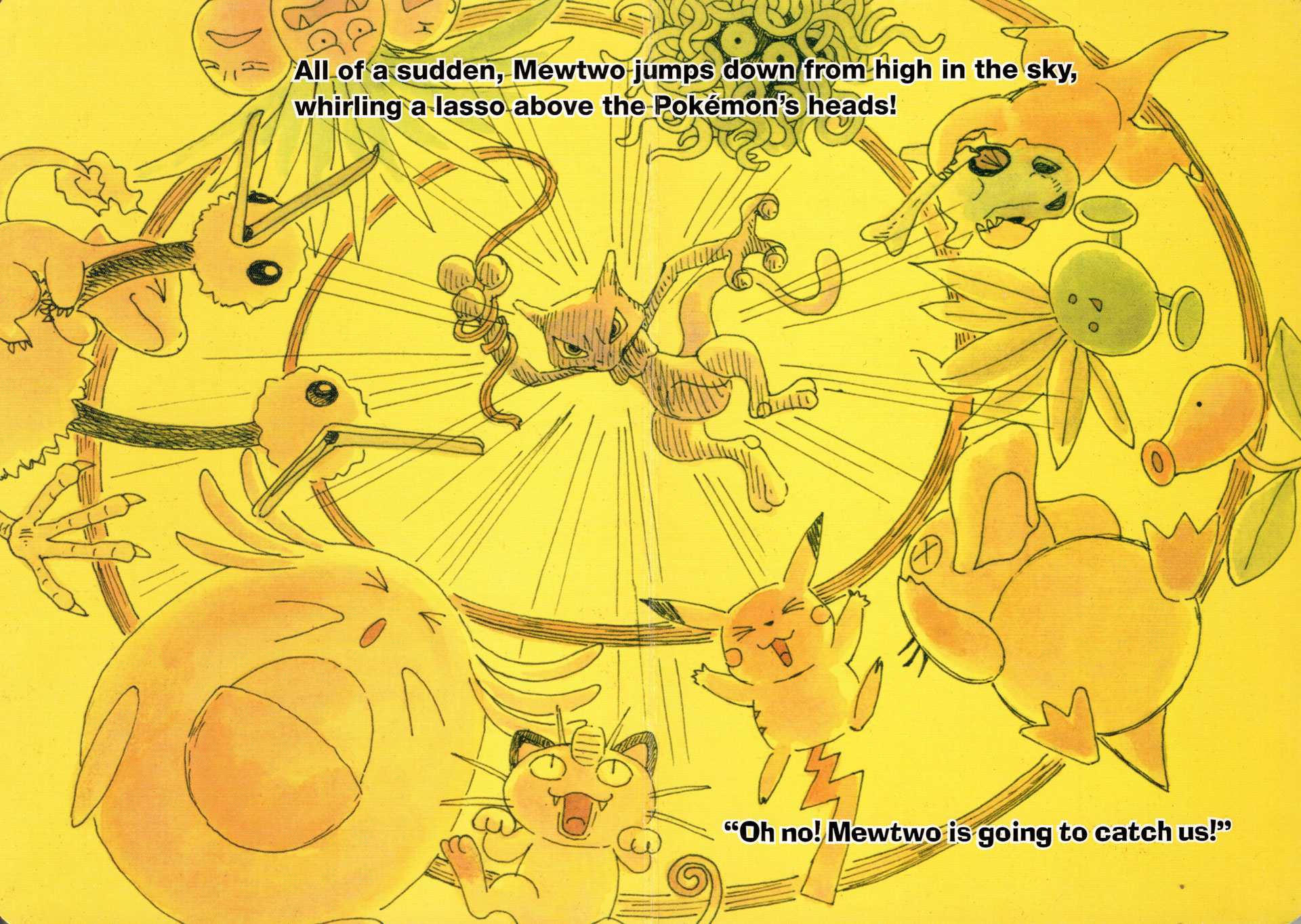 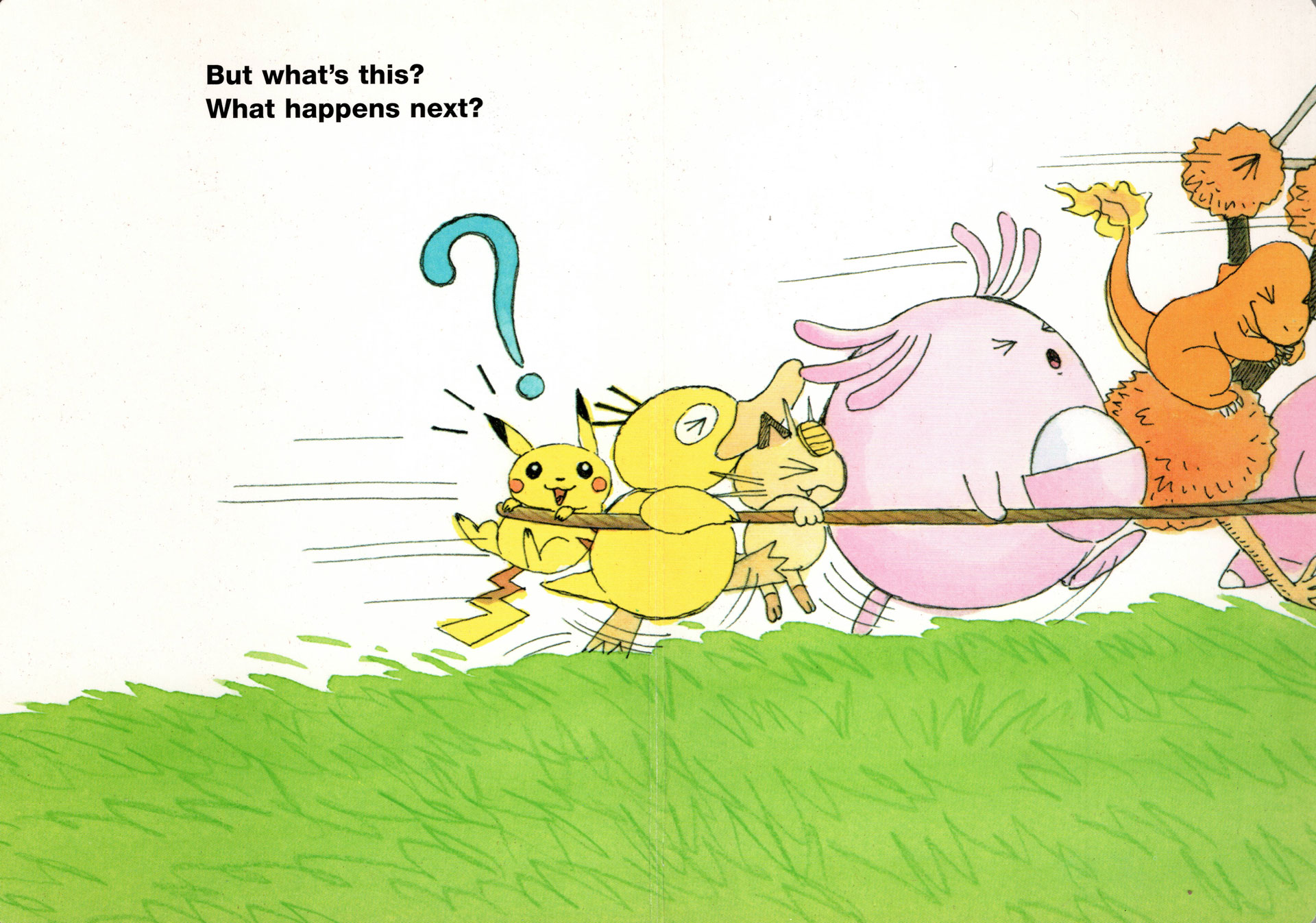 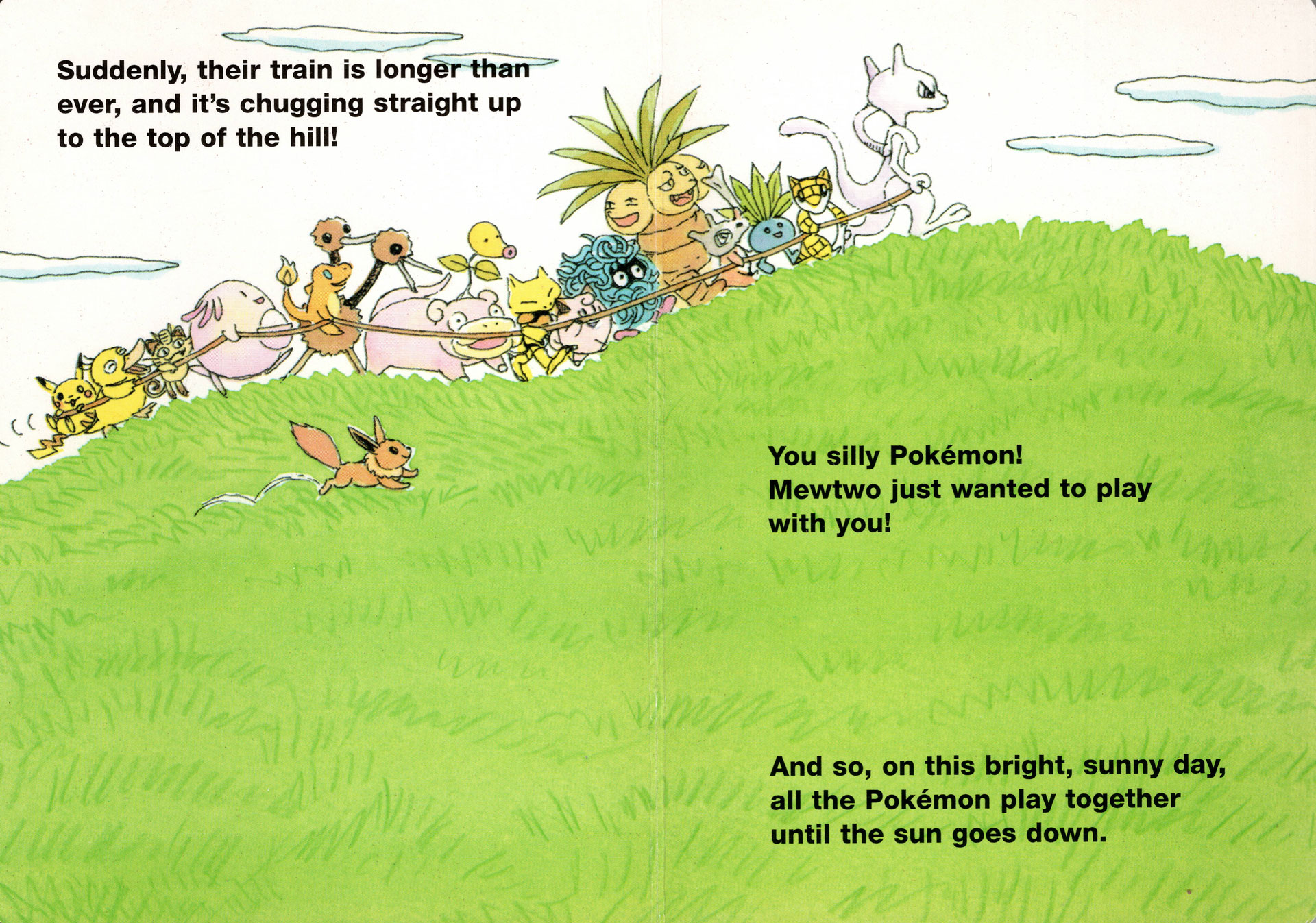 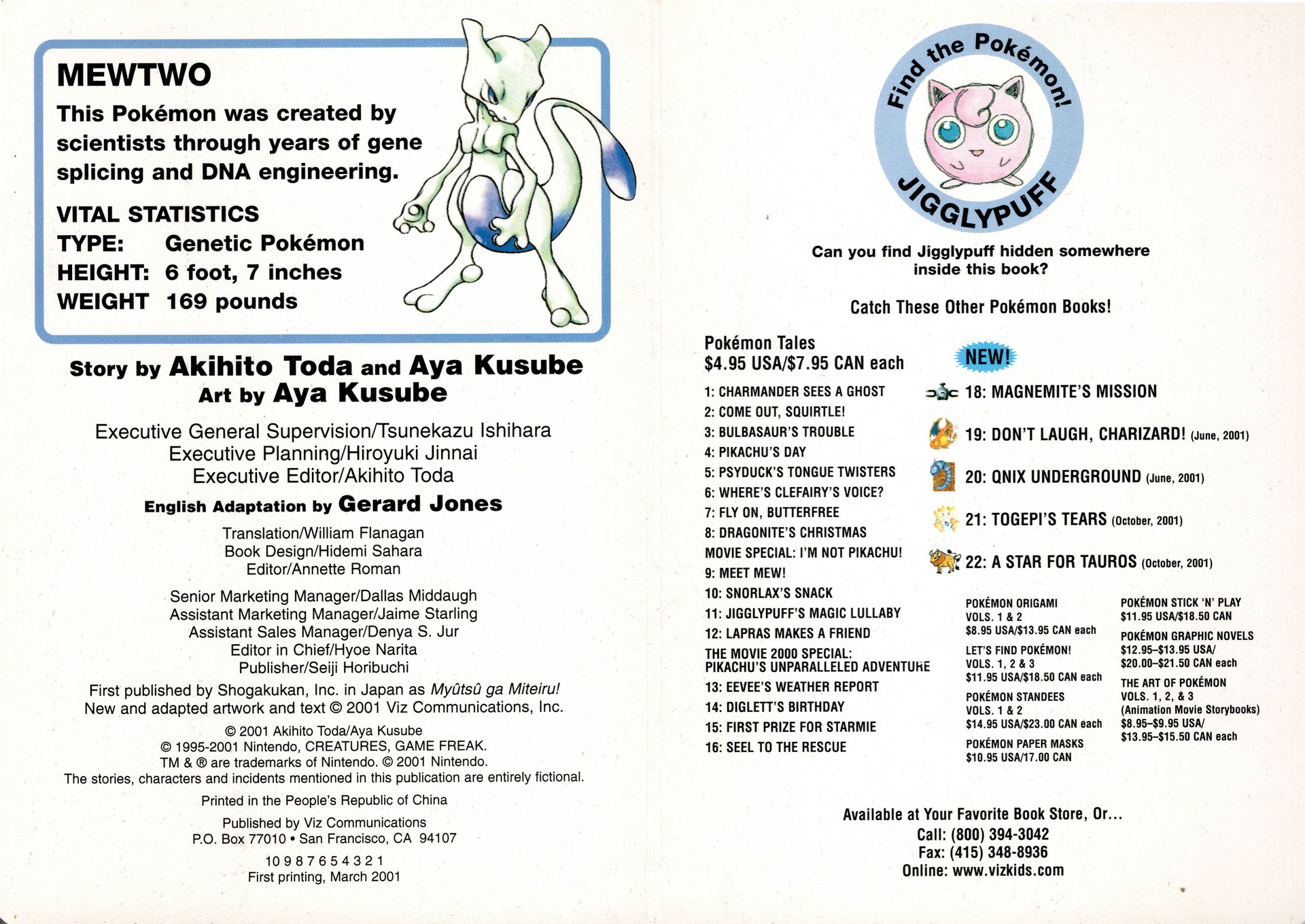